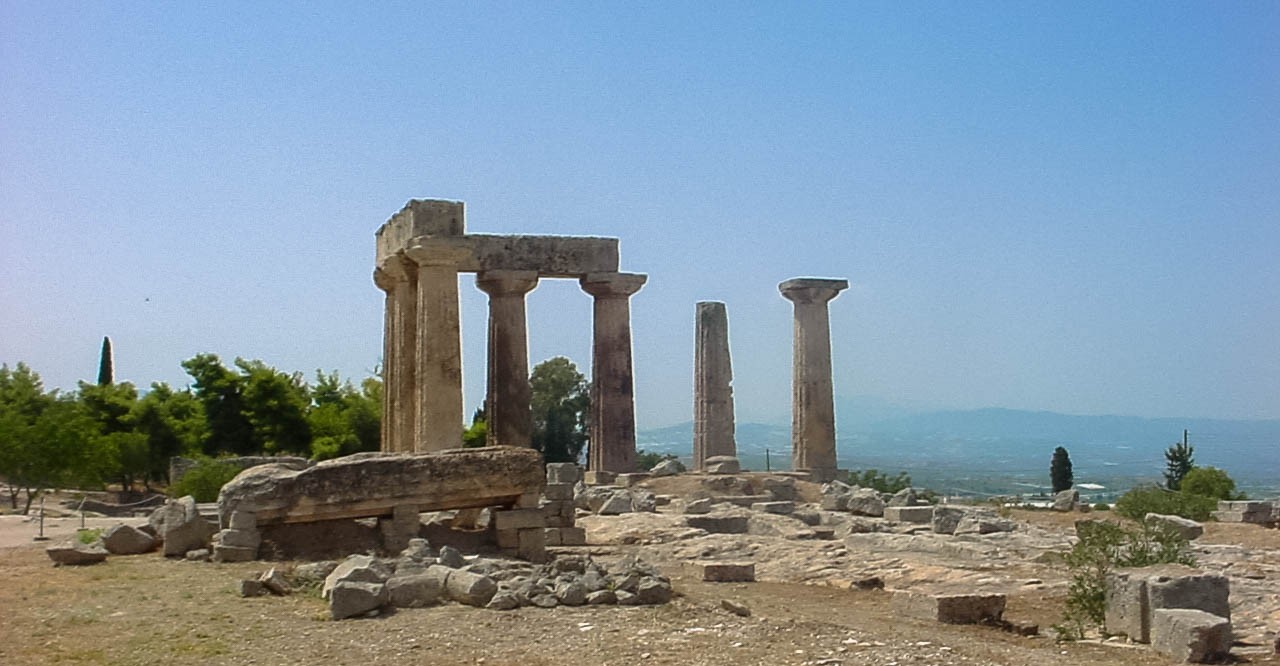 Acrocorinth was first a Greek acropolis, then a Roman citadel. Later it became a Byzantine fortress. The Franks captured it in 1210, and it then fell into the hands of one of the rulers of Naples. An arms manufacturer and banker then owned it, followed by the Knights of Rhodes, the Turks, the Venetians, then the Turks again, and finally the Greeks once more. Phew!

With all that lot knocking bits down, reinforcing other parts, or adding their own sections, you can see why there isn’t much left from ancient Greek times.

As I stood on this mountain looking down over the country of Greece, I was aware of the sense of power and invincibility the rulers of ancient Greece must have had. To build a fortress on the highest mountain, nearly unattainable, surely provided an assurance that no one could defeat this nation. The Acrocorinth was a symbol of an impregnable nation.

History gives witness that nations can be brought down. Even a nation that considers itself “great”. Declining values, rejection of moral standards, lack of respect for human life and human need, are merely symptoms of the greatest of mistakes–rejecting God.

No matter how history reads, the Lord God is sovereign over nations and governments. There is no fortress, no law, no ruler, who will not at some point in history bow before God in humble recognition that He was their only hope. But they rejected Him. It’s not hard to see why any nation can come to a place where the statement of its history reads, “You can see why there isn’t much left.”

Serving Those Who Preach and Teach to Change Lives